The numbers: U.S. home builders started construction on homes at a seasonally-adjusted annual rate of roughly 1.7 million in December, representing a 1% increase from the previous month, the U.S. Census Bureau reported Wednesday. Compared with December 2020, housing starts were up 2.5%.

Meanwhile, permitting for new homes occurred at a seasonally-adjusted annual rate of 1.87 million, up 9% from November and 6.5% from a year ago.

he surge in permitting was driven by a 112% increase in the number of housing structures authorized in the Northeast. The Census Bureau explained the anomaly in a special notice with the housing-starts report: Philadelphia ushered in multiple changes to real-estate taxes for residential projects that are permitted after Dec. 31. Therefore, developers rushed to get permits approved ahead of that start date.

Still, the Northeast wasn’t the only region to see building permits increase. Permitting activity also rose nearly 22% in the Midwest on a monthly basis, though it fell in both the South and the West.

Most of the boost in permitting activity stemmed from a swathe of authorizations for multifamily buildings and projects with between two and four housing units. Before seasonal adjustments, the number of multifamily permits issued in December was the highest for any month since 1985. Single-family permits only increased 2% between November and December.

Similarly, the number of single-family homes that builders started construction on actually dropped by roughly 2% on a monthly basis. The overall increase in housing starts was driven by a nearly 14% gain in construction on multifamily projects.

For the full year, though, builders maintained a steady pace of construction on single-family properties. Before seasonal adjustments, the number of single-family homes completed in 2021 was the highest since 2007.

The big picture: December’s surge in housing permits may be an outlier, but permitting activity has remained strong in recent months. That’s created a larger backlog of construction projects for home builders, as construction firms continue to grapple with shortages of both supplies and labor.

Indeed, the number of housing units that construction companies haven’t started work on despite having the authorization to begin building is up 44% from a year ago and rose on a monthly basis. This will give builders plenty of runway to continue construction work in 2022, which should infuse the housing market with much-needed inventory.

At the current level, the number of housing units under construction—including both single-family homes and multifamily buildings—remains “at a level last seen in 1973,” said Richard Moody, chief economist at Regions Financial Corp., in a note. “For each single family unit completed in December there were 9.5 single family units under construction, the highest ratio in the life of the data,” he added.

Investors soon will get even more granular data on home-construction activity, providing a richer look at the state of the housing market. The Census Bureau noted that starting with the January 2022 housing-starts report, it will use a different sampling methodology to produce its findings. The agency said the change will “allow complete local and county data on new housing units authorized by permits to be published on a monthly basis going forward.”

“Multi-family building, which lagged notably in the early stages of the pandemic, is now the dominant driver of the strength,” Jeffries chief economist Aneta Markowska and money market economist Thomas Simons wrote in a research note. “This is likely a response to surging rents and ultra-low rental vacancy rates.”In my opinion this is just a repeat of 2006 when all develpers were crazy busy building several apartments that flooded the market and instead of increasing it decreased rents due to competition.

“New home inventory is now more than three times higher, relative to sales, than inventory of existing homes, the biggest gap ever, by far. This position is likely to persist for several more months, at least, but homebuilders also will be closely watching how people respond to rising mortgage rates; a further surge in new home construction at this point looks risky to us,” said Ian Shepherdson, chief economist at Pantheon Macroeconomics.

We shall see if all the "expert" projections are correct as this pictures seems to be a repeat of what happened about a decade ago.... 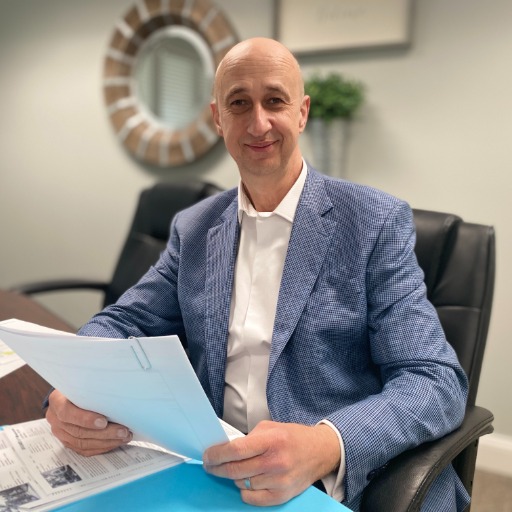 The numbers: U.S. home builders started construction on homes at a seasonally-adjusted annual rate of roughly 1.7 million in December, representing a 1% increase from the previous month, the U.

Is your Realtor leading you Astray? Red flags to look out for....

I am a big proponent of knowledge and education in my profession I wanted to share some signs of a "bad" agent that a Buyer should look out for.  If you're a buyer, there's really no

There may be a slight correction in pricing.... -what buyers need to know about the housing market in 2022!

Though housing prices have been rising, mortgage rates remain near historic lows, though many experts think they will rise. And that’s leading many Americans to wonder what to do about buying

Triangle 2nd in US for growth from relocation! Wow!

RALEIGH – With housing costs rising across the Triangle and available housing supply at historically low levels, the region has experienced significant price appreciation